Skip to content
You have carts in multiple currencies
Total — 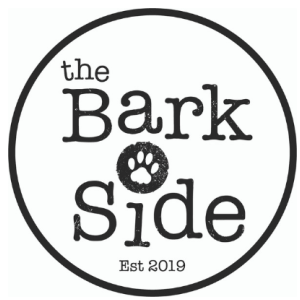 Ready for Lockdown 2? Well, it’s imminent so you’ll want to make the most of it. Yes, we know it’s getting colder and those winter nights are creeping in, but the best thing you can do, for yourself and your dog, is to get out and about, and avoid sitting home all day watching Netflix and eating Pringles. Keep active and get plenty of fresh air; it’ll help your physical and mental health, and your dog will love you (even more) for it!

Dogs love getting out and about. It’s not just the exercise either. All that sniffing serves a purpose, and not just to extend the walk, or to bug you when you’re wishing you were back home, out of the wind and rain.

How Much More Sensitive Is A Dog’s Nose Than A Human’s?

You probably know that your dog’s nose is super-sensitive. It is generally thought to be about 50 times more sensitive than the human nose (although some studies say it could be as much as 100 million times more sensitive!). Dogs have up to 300 million olfactory receptors (the part of the nose that detects odours), compared to around six million in humans. To make it even more efficient, the part of your dog’s brain that analyses smells is around 40 times bigger than the human equivalent.

With that in mind, it’s unsurprising that dogs do some amazing jobs such as search and rescue, bomb detection, and now as reported by The Guardian, even detecting COVID-19.

Why Does My Dog Sniff During Walks?

But how does that link back to the sniffing during your daily walk? Well one reason is that the smells your dog is captivated by during his or her walks are their way of catching up on the local news. They can find out a great deal of information by taking in the smells during the walk: who’s been around today, whether there are any new dogs in the area, how recently a dog passed through. That gossip you have with your neighbours over the garden fence? Well your dog is doing the same, but their canine neighbour doesn’t even need to be present to pass on the news.

Sniffing is also mentally stimulating for dogs. It makes them feel good and it relaxes them. So during their walk they’re reading the news, leaving some news for other dogs who might pass during a later walk, and they’re feeling good because we’re allowing them some time to do that.

What Makes A Good Dog Walk?

A recent article in Edition Dog magazine described how it’s important for your dog’s walks to “write a story” – they need a beginning, a middle, and an end. Ours generally follow this pattern:

Beginning – lots of sniffing and leaving some messages for others whilst we walk to the main part of the story. Warming up before the main event.

Middle – running about, and lots of it! Zoomies, jumping in longer grass and around obstacles, generally exploring. Some sniffing but not as much as when we’re in the first stage…unless there’s some really juicy gossip to be had!

The end – the cooling down phase while we walk back home. There’ll be some more sniffing as we get nearer home, especially if there is fresh news to be had.

The walk is a good thing for both dogs and humans, and fresh air works wonders for us all, particularly during lockdown when there’s not much else to do. So make the most of your walks and enjoy the pleasure they give to both you and your dog.

And if you’re in need of a new collar or lead, then head over to our collars and leads section. You don’t need an excuse, but do remember that Christmas is coming up too (sorry, but at least we managed to keep quiet about it until November) so it might also be a nice gift from you to your dog. As you know, everything on The Bark Side is tested and Approved by Brutus, so you know it’s good stuff. We stock Lupine and Rogz stuff, so have a sniff around and get kitted out for your next walk now you know how important it is!

But above all, please stay safe. And remember: hands, face, space.